Virtually nothing to write about because we have to dedicate all our effort to The Great Moving. I don’t have neither time nor desire to play games now, anime shows we’ve been watching in this season go on without any surprises or big thing to rant here. Drove a car today but that is a great achievement just for me, while for other people it’d be just another ride. So, it seems that for a couple of weeks I’ll just post small notes (as I’ve been doing for quite some time) until we find an apartment in Canada and get used to life there a bit.

It’s countdown time! Next Saturday we set off to Moscow and then, with two stops in Munich and Toronto, to London, Ontario. Just a week to finish everything here: return the car, clean up the apartment, translate all documents we may need, try to get tax returns and many, many other things.

One of my favorite AMVs of all times:

I believe that “The Ping Pong Club!” is one of the most underrated series, even among ones it belongs to – weird and vulgar ones. I watched it once, many years ago, but if you’d asked me about moments I remember, in the best case scenario I would’ve dug up from my memory an episode about Maeno’s serve and another one about an old lady who could make some jokes using, hhhmmmmm, parts of her body.

Few days ago I decided to refresh my memories and watch an episode or two. And now I can’t stop. Every, literally, every episode is filled with scenes that can be used as an example of how a deviant anime should look like. To my shame I’m a fan of such shows (yep, I like even “Let’s Nupu-Nupu”).

Because as I said I’m a fan of such anime – I can’t recommend “The Ping Pong Club!” to everyone. It’s too perverted, too exaggerated, all characters are awful (I understand that they’re meant to be awful but still) and there’s no plot whatsoever!

P.S. I have to take my hat off to voice actors, especially those who were responsible for Maeno’s and Izawa’s voices.

Today was my last day at Mail.ru Games. In general, it were good 3 years but, however, I feel it’s time to move on. Since March I start work at Digital Extremes and I hope that I’ll spend at least several great years there. 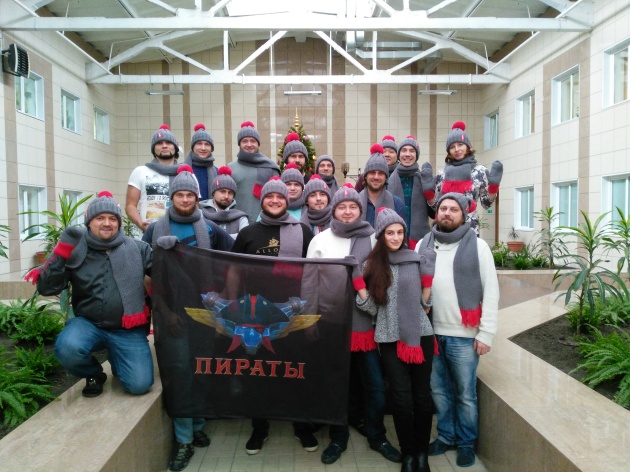 Listening to Twisted Sister’s songs for several days. It’s even slightly sad that they have disbanded, it’d consider myself as a very lucky guy if I could visit their concert somewhere in Toronto, for example. Fortunately, Twisted Sister have wrote a lot of great songs, which worth re-listening.