Missed that Re:Zero was accompanied by these shorts. They are quite good, by the way =)

Looking for a new figure to buy but this time it’s very difficult to make a choice. My first option was, of course, Chitoge from Nisekoi. There are two decent figures but either has a downside. The right one is almost perfect… but she’s not wearing a school uniform. The uniform on the left one is beautiful but her face could’ve been better. Moreover, all figures I like are already sold out =( Including this great figure of Stocking. To wrap up — I didn’t find any figures of Asuka from Hibike Euphonium. NFL season is on the full speed whereas CFL season has ended today. The last game between Stampeders and Argos took place on a field covered with snow – very Canadian-style.

Toronto won but in my opinion Calgary guys were playing better =(

I have pretty mixed feelings on this one. Initially, Made In Abyss not only was painfully slow but also was demonstrating a genuine intention to dedicate all 13 of its episodes to jokes about Reg’s penis. If it hadn’t had really nice visual it would’ve been dropped after the first couple of episodes. However, the previous season was boring and we continued watching despite all the questionable perspectives the anime had. 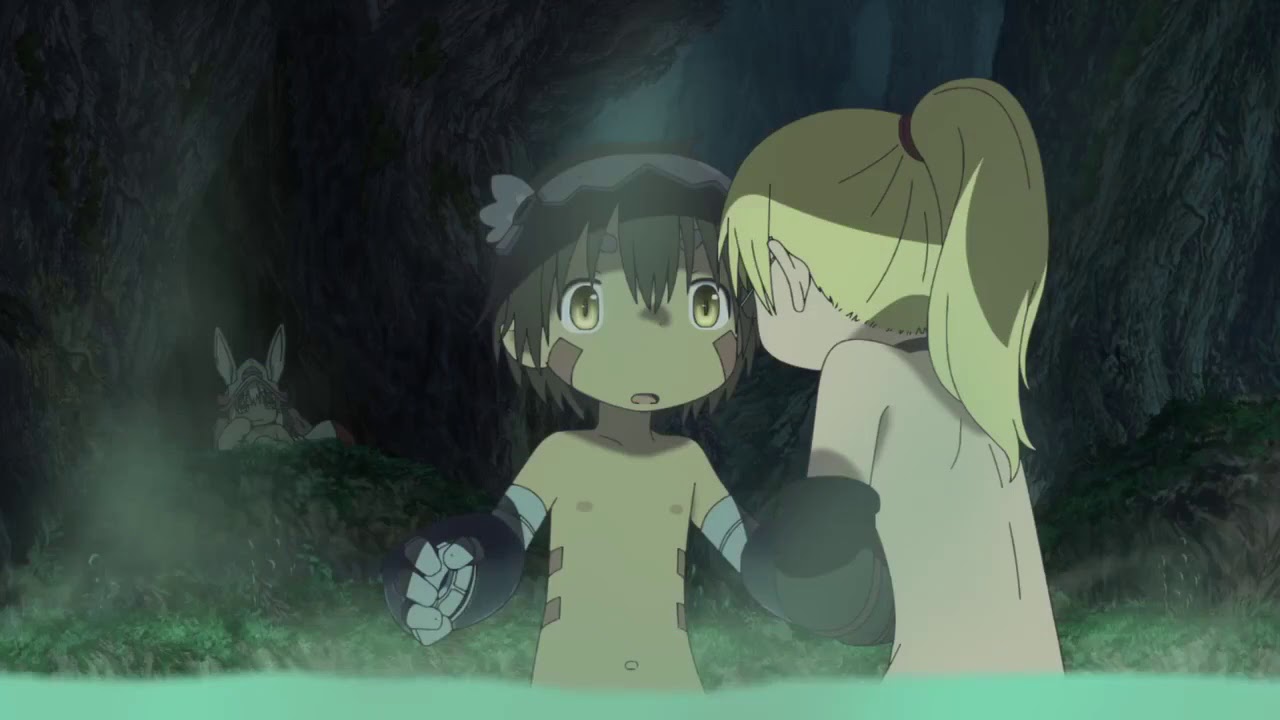 However, everything turned out to be not so bad. After the fifth, maybe, episode the pace increased, the world of the anime slowly started resembling a darker place where every misstep might end up with the characters’ death, (nope, it wasn’t) and Made In Abyss was moved from the category “hm, we have nothing to watch, so just turn something on” to the more prestigious “looks like the last episode has been translated, want to watch it?” one.

This anime provides us with some really nice moments, like a scene where Riko and Reg are eating a corpse-weeper’s meat or an episode where it is discovered that Riko actually died after birth and was resurrected using one of the Abyss’ artifacts (that had to be a shocking moment! Damn, why were all the characters reacting like it’s something that happens every day?) Some other moments were supposed to be edgy (Riko’s hand or Mitty’s story) but somehow didn’t move me — they felt inevitable, like if we’re watching a B-class horror movie.

That’s my main problem with Made In Abyss – it’s not touching. It might – remotely, scarcely – resemble FMA, but Riko and Reg definitely don’t have Ed and Al’s charm and whereas we did understand why FMA’s characters were questing the motivation behind MiA’s heroes is sort of weak. It might be a good idea to use kids as characters to show the enormous contrast between the beginning – and their tough but cheerful life (full of jokes about you-know-what) – and the rest of the story… but for me it didn’t work.

I could move on, trying to explain that I didn’t really get all those “Rules” how Abyss is working or trying to explain why some adventures are interesting (FMA/Scrapped Princess) and others are not so much – but probably the only explanation why I didn’t enjoy Made In Abyss much is that my desire to stand out and prove that my nonconformist spirit is as strong as ever =(

Okay, Recovery of an MMO Junkie is surprisingly consistently good. And Sakurai-san even managed to say that he is Lily! Honestly, after 2 seasons of Nisekoi, which is very cute but full of “you know, I’m gonna say something but I can’t do it right now, because, well… I lost my locket again!” the directness of these MMO players is so refreshing.

Seems that the question “do I need to multiply or divide by pi here?” should be considered as one of the most difficult in computer graphics. And it’s wonderful that there are some people who spent their time and wrote posts and source code on this topic.

I have a feeling that recently I’ve been doing nothing at home except watching anime. The Tatami Galaxy is the last one I finished and just a couple of thoughts about it.

First of all, I’d expected it to be a sort of “Endless eight” from Suzumiya Haruhi No Yuuutsu (what a beautiful word, isn’t it? Three “U” in a row and four in total) — the main character isn’t satisfied with his “rose campus life full of raven-hair maidens”, which turned out to be not so rose and wishes to redo everything, every time ending up at the same spot. However, actually all episodes are absolutely different. Yeah, there are some recurring points, like a hilarious moment with a fortune teller (who increases the cost of her services in every episode, though) or phrases Ozu is using to explain that there couldn’t have been such a parallel world where he and the main character hadn’t met. The characters are the same every time too and even situations those characters find themselves in are pretty much the same. But, simultaneously, everything is completely different with every new iteration.

If someone asked me what the strongest points of The Tatami Galaxy are I would say that those are charm and style. Style is easier to describe – a very specific but not scary visual, based on experimental animation. If you’ve seen another work of Yuasa-sensei you’re already familiar with it. Charm is something more transcendent. It’s everywhere — how the main character monotonously bursts out his thousands lines of monologues, how a cat is sleeping in a bowl, how elegant Kaori is, how impatiently Johnny acts and so on, and so on. Despite being a repetative anime, The Tatami Galaxy is not boring. Moreover – it’s very short, just 11 episodes! P.S. It’s even a bit weird to start watching the second season of Nisekoi after I just completed something like this – like I’m doing something I should be ashamed of.