I’m going to join the harmonious choirs of those, who’re saying that if “Disenchantment” was reviewed binary it’d deserve 0.5. Not new “Futurama” unfortunately, but some jokes and scenes are good (sexually open-minded mage?). A lot of boring stuff too.

P.S. Sometimes it seems that it’s time to create a new slack channel at work, dedicated to book recommendations (and of course we should call it “Doki Doki Literature Club”). I was told that “Ender’s game” worth reading and learned about an Irish author of detective books John Connolly. 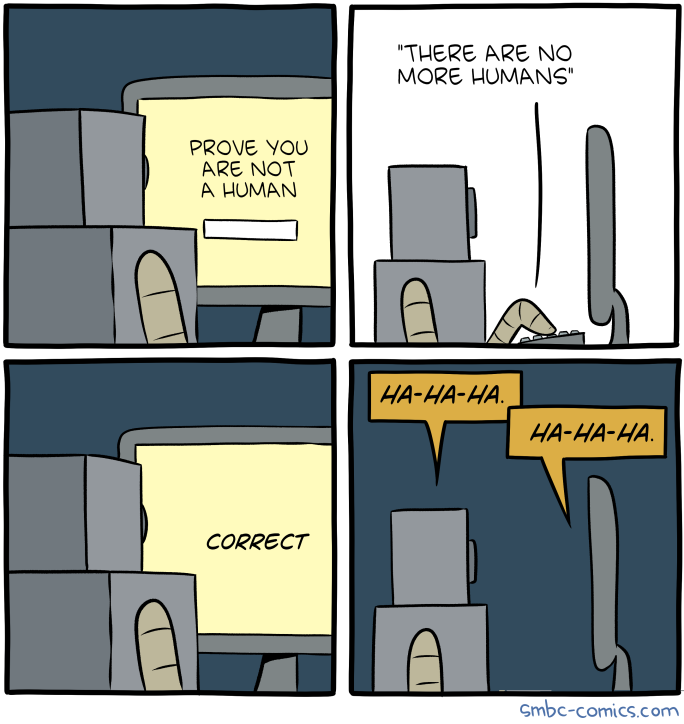 Even though I’m far from screaming in excitement speaking about Shinkai’s full-length movies, his short stories are certainly a must-watch for everyone interested in animation. “She and Her cat”, “Voices of the Distant Star” and, especially, “5 Centimetres per Second” are simplistic, beautiful and really moving. Not sure whether I can call a cartoon with the original name “Si Shi Qing Chun” an anime — but no doubts that Shinkai’s shorts were the main source of inspiration for this work.

Unfortunately, despite being very nicely drawn, all three stories in this compilation are too simplistic. Yeah, they all are trying to pull the same strings as Shinkai did, exploit the topics that should touch us for sure, cover us in the blanket of a calm soundtrack and unhurried inner monologues. But even though all those ingredients should’ve worked — they don’t. Slow-paced monologues feel boring instead of being thoughtful; beautiful words characters are using sound alienated; and moments, which were meant to conjure up warm feelings, do only one thing — you realize how really warm “5 cm per second” was.

P.S. The best story in this movie is the last one, which, apparently, has been made by a guy who worked with Shinkai multiple times.

It’s been a long journey. I started playing Horizon last year after Nastya had finished it, dropped it after it got really annoying and some time ago decided to return to it. Now I saved the world, destroyed Hades and ready to drop a line how this all was happening.

The world of the game is amazing. I love the graphics. I love the layout design. I love how perfectly everything match. Forests are majestic, forgotten ruins are mysterious and mesmerize by technology unknown to that civilization, jungles are lush and you can almost smell all that greenery running away from another machine. Even a desert in this game doesn’t feel really… deserted (hello, Red Dead Redemption!) 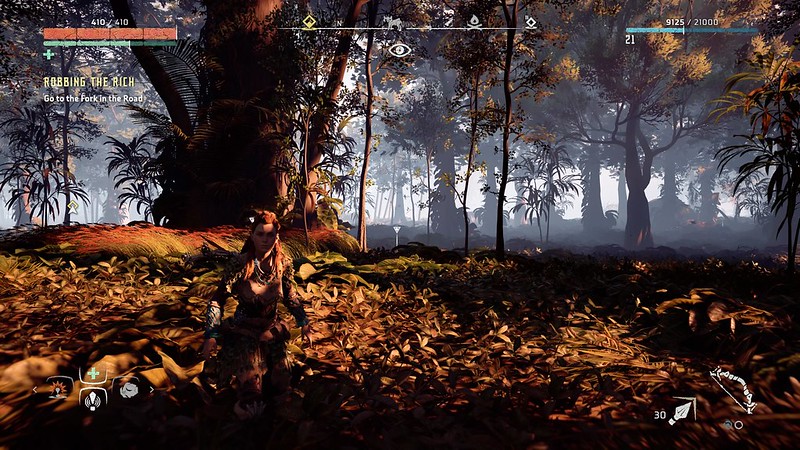 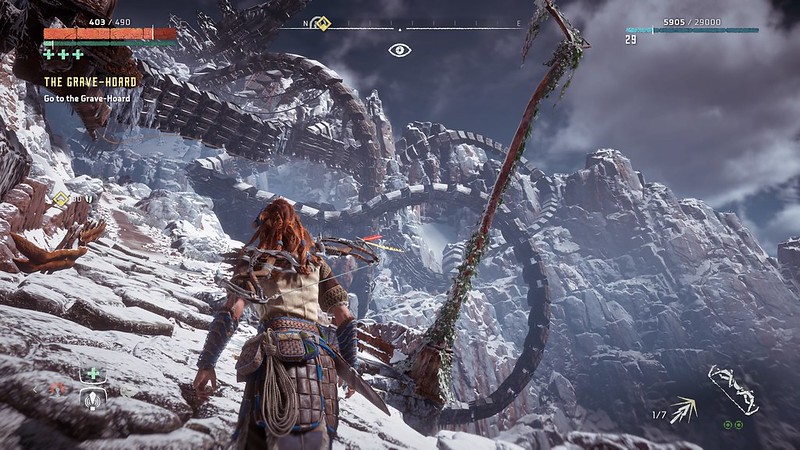 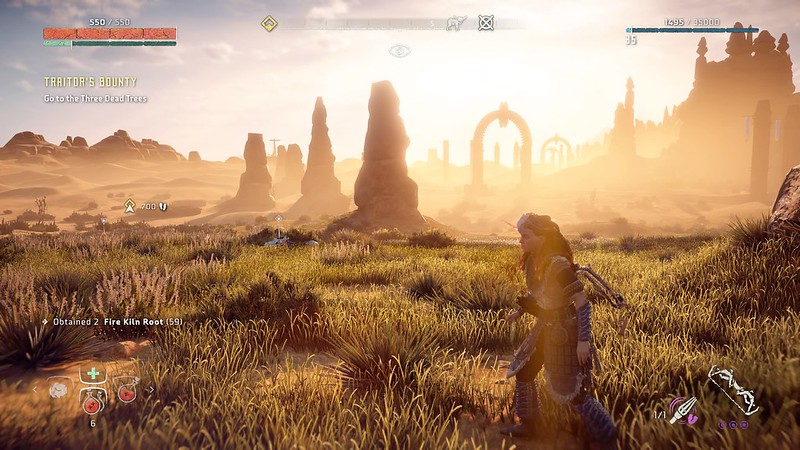 Gameplay also deserves only good words. Destroying hostile robots and cleaning up bandit camps is fun and there are a few different ways of doing these heroic activities. You can do it as I prefer (and mostly was doing) — running around, yelling at everyone and crushing metal and bone sculls with the spear. You can be a sniper and use the bow (actually, that’s the main weapon in the game, with various arrows, etc) — and you’ll have to shoot sometimes, when Aloy is fighting against birds, for example. You can override machine and do stealth kills. As I said, it’s fun and doesn’t feel like a routine.

The third great part is notes, audio recordings and other remnants of the past, connecting the world of HZD with our world. Or at least, with the world we’re on the verge on entering. Considering that the “old” world was bound to extinct eventually — it was a solid move to add, for example, a diary of a guy, who knew that everyone, including himself, was going to die and describing the time they had nothing to do but wait. 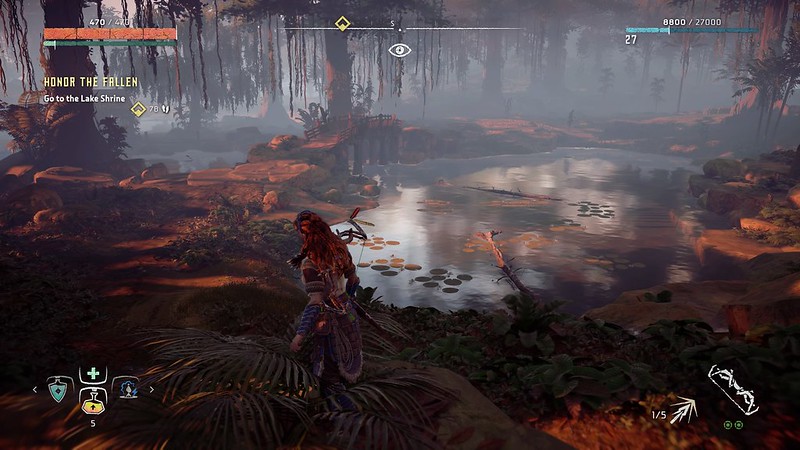 Of course, Horizon isn’t just rainbows and unicorns, or I wouldn’t have dropped it last year. Despite being amazing from a technical perspective, the plot and the characters were a factor I struggled with a lot. First of all, Aloy. If this game had been released in 2002 — she would’ve become an exemplary main heroine. But in 2017… I had two main issues with her. First of all — during the course of the game she isn’t developing as a person. Aloy we see after the prologue is exactly the same Aloy, who destroys Hades in the end. It’s a journey game, a game where the main character is trying to find out the truth about her past — and she simply ignores everything on her way. The second reason is that we can’t even for a second forget that Aloy is the best thing that happened to this world in years. She is described as the “Lighting in darkness”, as an “incredibly gifted Nora”, all people in the game either look up on her in admiration or she destroys them with her immense intellect and incomparable strength. Argh. For 50-60 hours we’re watching how she’s being licked up by all more or less noticeable characters in the game. All her dialogues are about her.

“- I just lost my mother, can you… – Yes, of course I know that feeling, Rost was like a father to me when I was an outcast and no one cared about me but him. But I lost him when those bastards came to kill me“. Or “- Aloy, you’re so great and awesome. And great. I want to merry you because you’re so awesome. – Oh, I don’t know. I’m awesome but no one does anything useful out there except me, the world needs me”. Can you image Kratos, who’s being constantly told “You’re so strong. And smart. And caring”? Maybe not Kratos but… any other character? 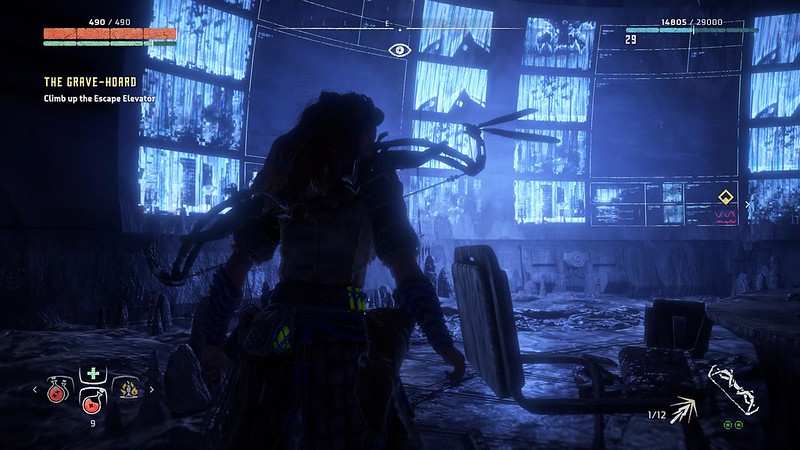 I’m hyperbolizing, but it’s not far from what’s going on in the game. The world of the game is black and white. We have amazing Aloy. We have outstandingly smart Dr. Sobeck. We have a bad, bad guy Ted Faro.

And other characters aren’t any better. There are many different people — strong, weak, dumb (this category is especially popular), sarcastic. But unfortunately, among that huge selection it’s almost impossible to find an interesting one. 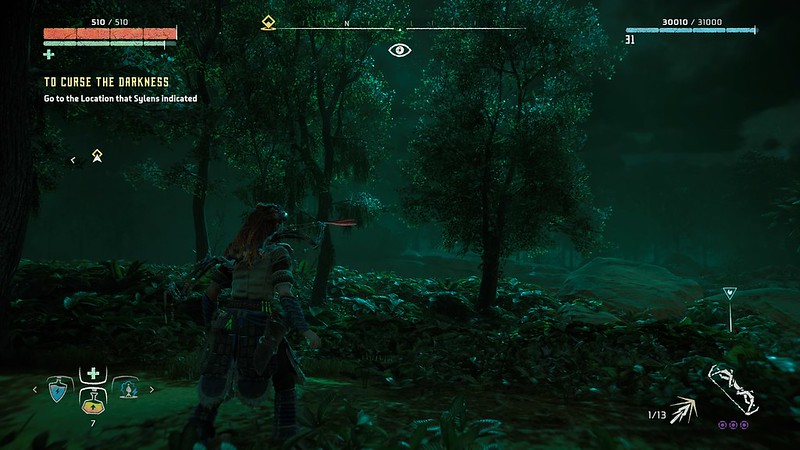 The same situation with quests. I mentioned that the notes from the past are awesome. They really are. But the main story, even though it’s tightly connected to the same past, is stereotypical and utterly forgettable. Sometimes all that was just awkward. “So, we have 16 months to fix the problem with machines we don’t want to nuke because reasons, which are impossible to turn off because… someone decided that it’s a good idea to use an omega-algorithm for encryption, and of course we can’t use the same algorithm for our communications and machines can easily take control over all our military devices. So, we’ll need time to decrypt everything and stop that madness and instead of building bunkers to save at least some people, instead of using space ships — we’re going to count on something that’s never been done before — invent terramophing, write a super AI, which consists of other super AIs, spend time on making up their names and visualization. We’re going to do everything — to just end up with the same shit, because our brand-new super AI is out of control. In addition, we’re going to destroy all the knowledge belonging to humanity, because for some reasons we’re still working with the same guy who started all the mess and didn’t wait long to prove that he was a Bad Guy. Yeah, that sounds like the best thing we can do, what could possibly go wrong”. The idea of the story was good. But devil is in details and it’s hard to miss all those mismatching details. 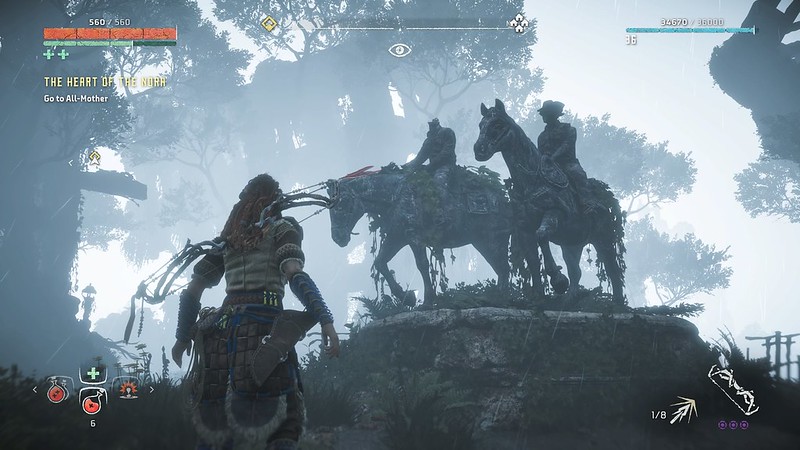 So, it was a long rant but don’t get me wrong — I look forward to the second game in this universe. I want more of these reflections, lighting, clouds — of this world. Hopefully, with a new character, hopefully without flying programs (anything goes for a cliffhanger!), hopefully with a plot that won’t make me press the “Mute” button.

I’m not sure why wiki or MAL call Princess Jellyfish a jousei anime. Yeah, probably the difference between jousei and shoujo is very subtle but, in my opinion, Kuragehime is a perfect representative of the second genre. And shoujo is hard.

“What should I add to not make the audience grind their teeth seeing the same stuff over and over again?” Akiko Higashimuro had to solve a difficult issue and, I must admit, she tried to do her best. “Make all female heroes freaks! That’s going to allow me to add jokes” “Let’s add a trap! That’s going to add even more jokes” and so on. This approach worked out, sort of. The comedy part of this anime is good and makes it really easy to enjoy the show. As long as we’re not watching the romance side of the story. 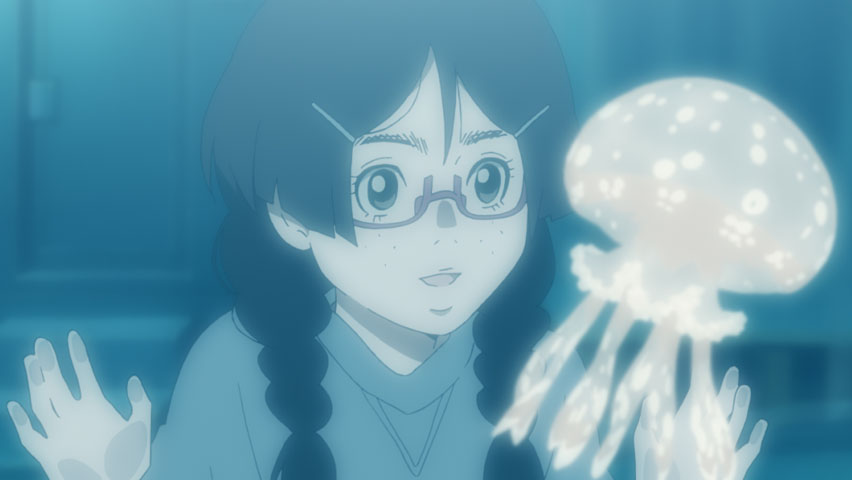 Because behind the curtain with drawn heroes of the Three Kingdom, dolls, trains, old men and guys wearing women clothing, we will find a hidden unicorn and those infamous glass slippers and realize that it’s just another Cinderella story. Tsukimi, the main heroine, still can’t forget her mother who died, I don’t know, 12 years ago — and worry not, we’re going to see the same scenes with the mother million times each. Of course, Tsukimi’s super-cute, when she has some make-up on and is wearing normal cloths. Two! Two men fall in love with her — and this anime is just 11 fucking episodes long! Oh, and naturally, she will become a designer, making beautiful jellyfish-inspired dresses.

I have no idea what’s going on later on in the story, maybe actually everything isn’t that bad. However, all those shoujo stereotypes seriously drove me mad. Where’s the romantic story Muse when we need it so much — after all that nonsense we had to watch regularly? Where are new Honey & Clover, Nodame Cantabile or, Takhisis help us all, Nana?

P.S. No, on the second thought I think I humbly repeal the request for one more Nana, it was quite a roller-coaster.

One of the most badass ladies of TV, @RealLucyLawless, paid us a visit today!
(Internally freaking out!!!) pic.twitter.com/9YGgXQ1Mic

Toying around with Horizon: Zero Dawn photo mode. Despite my conservative attitude towards a lot of things in games, photo modes is one of those fancy additions which actually may make playing a game more interesting and fun.

Just look at this! 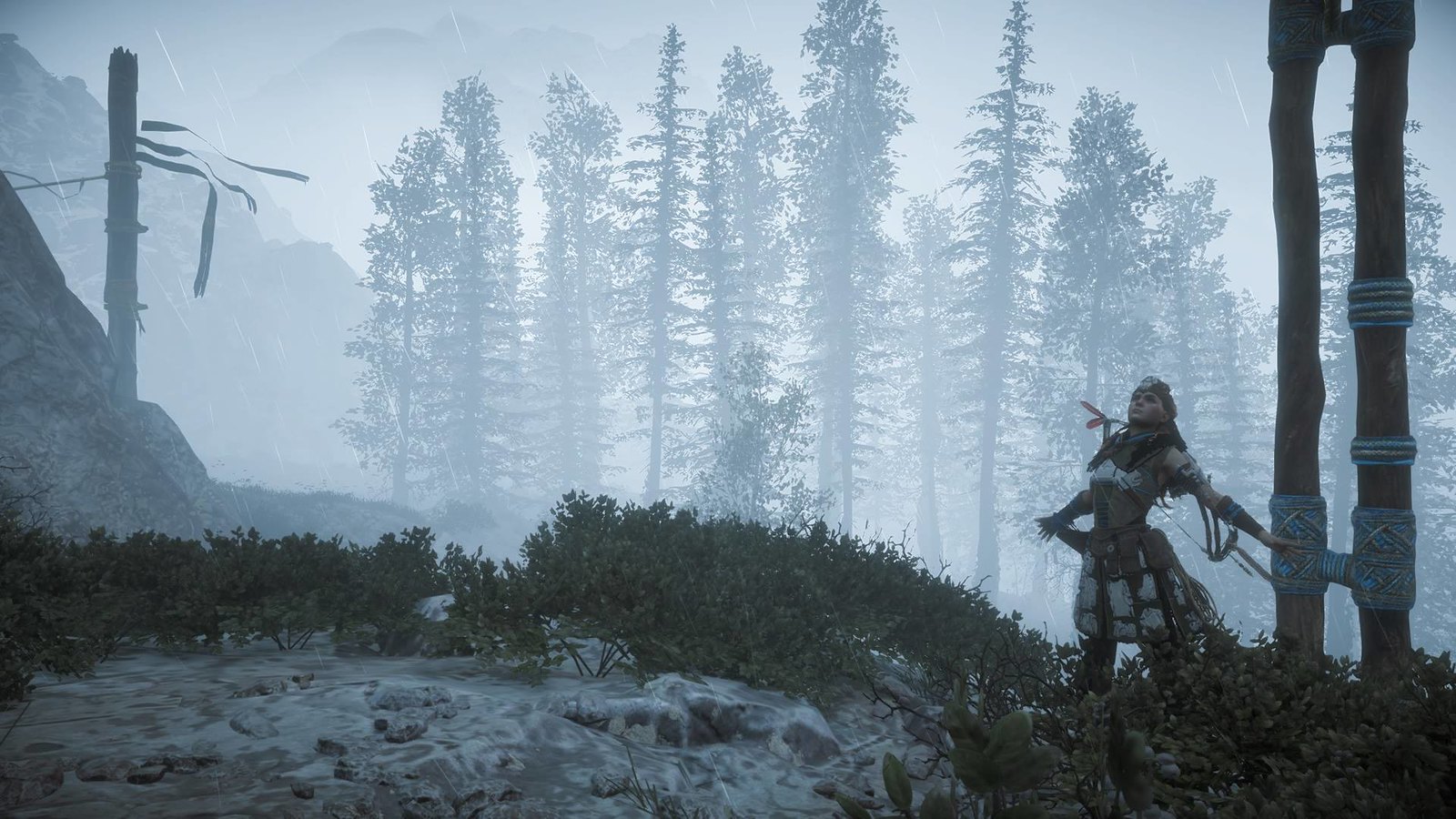 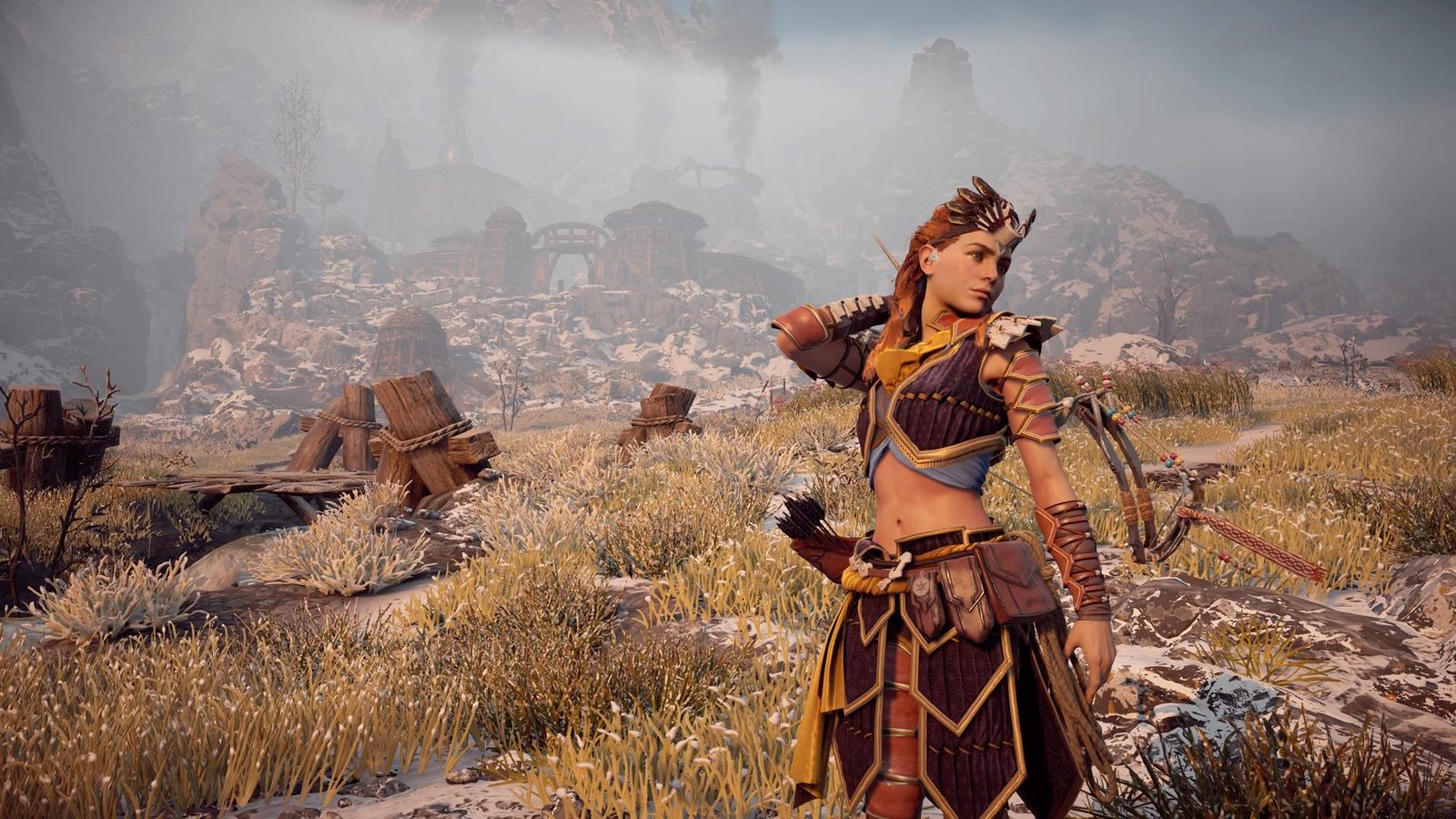 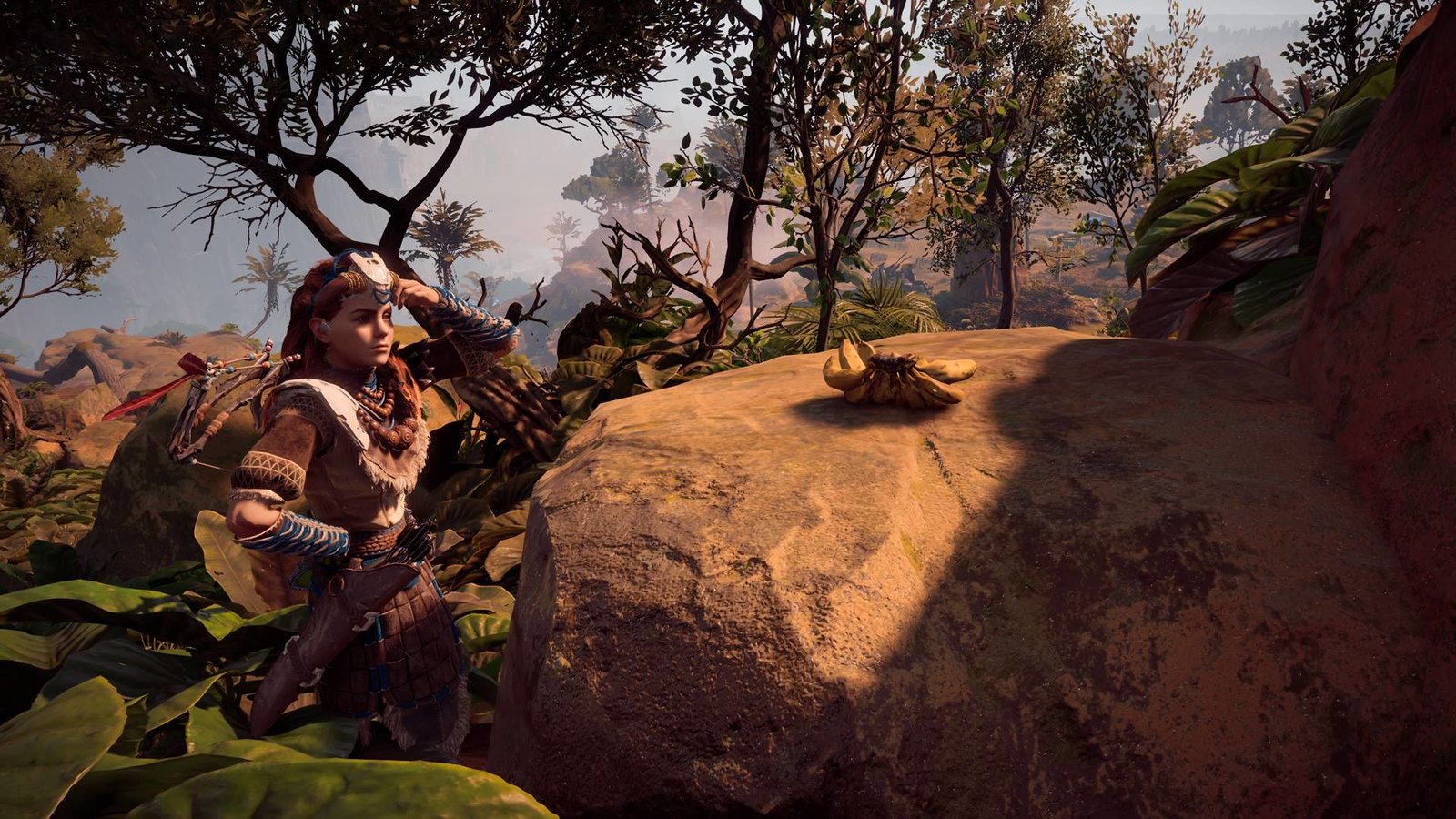 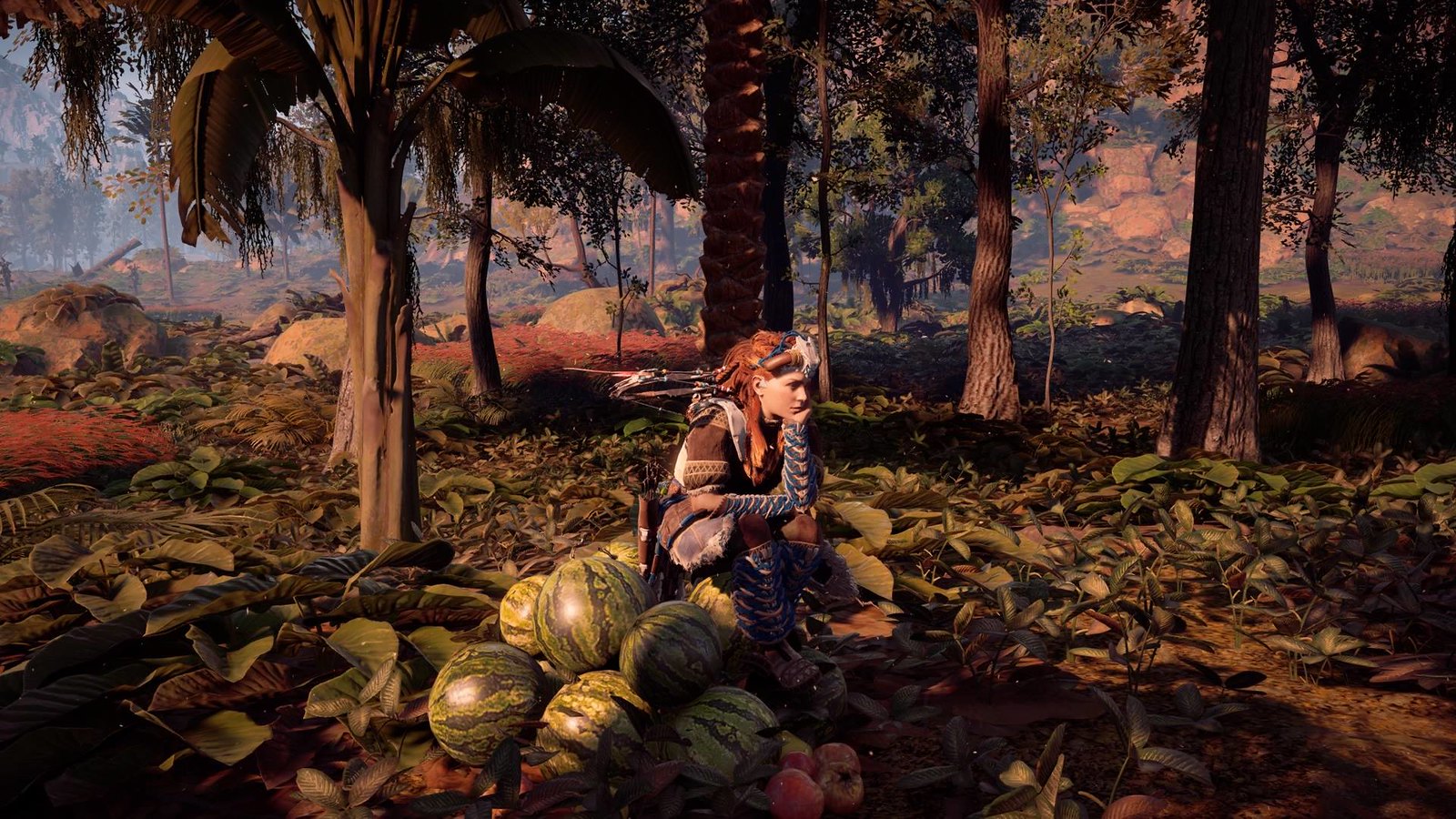 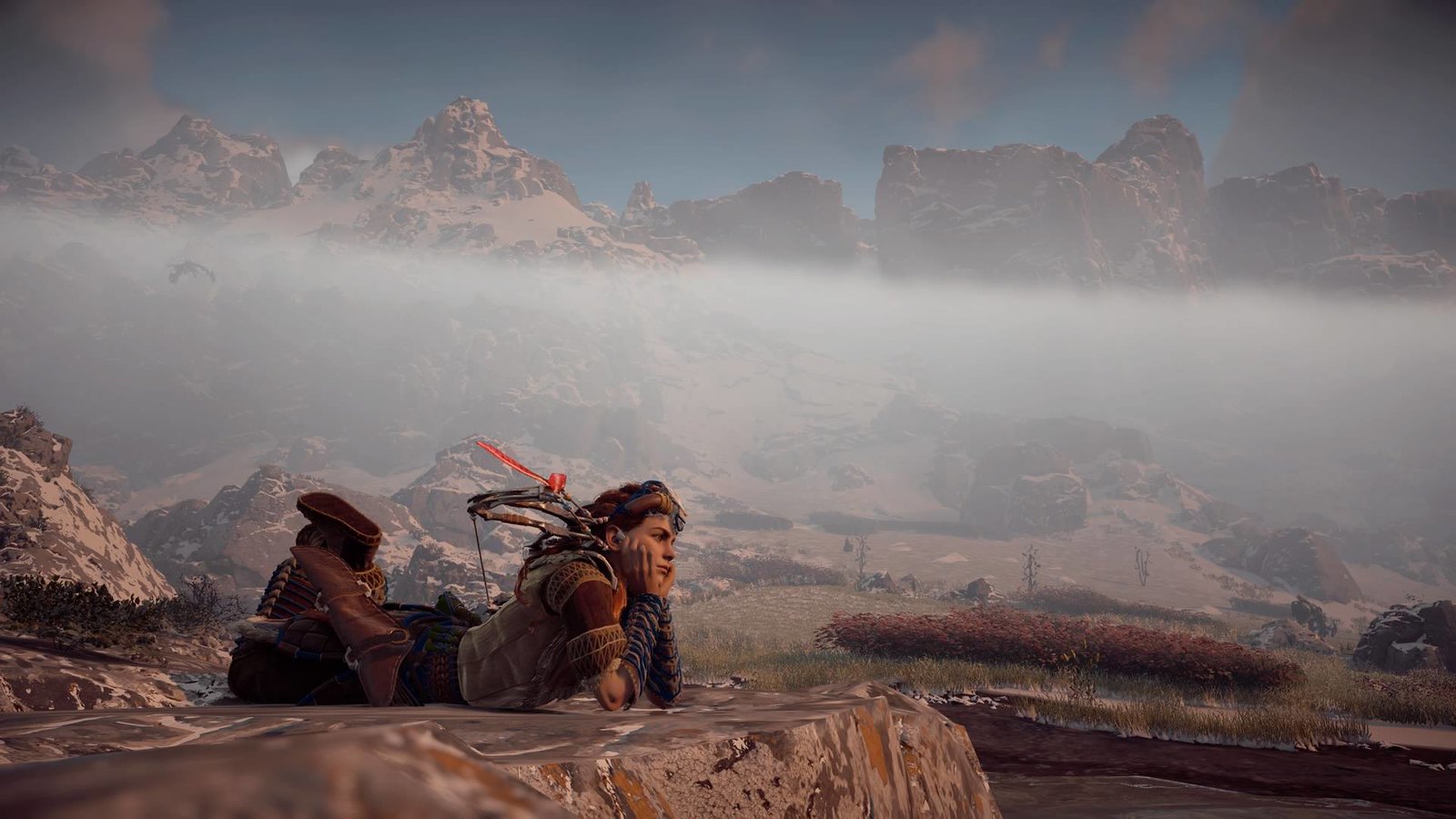